2) Granular “weed and feed” products persist longer in the environment. They off-gas unpredictably over extended periods of time, so neighbours affected by the off-gassing, who have to leave their homes, don’t know when it is safe to return.

3) Granular “weed and feed” products stick on shoes and children’s hands and are very mobile. Dust is carried by the wind and tracked indoors.

4) The weed-killers (phenoxy herbicides) are contaminated with chlorinated dioxins. These persistent, bioaccumulative toxic substances are linked to cancers, and to reproductive, immunological and neurological problems.

5) Birds eat “weed and feed” granules as grit. Quick-release fertilizers, commonly used in most weed and feed products, apply a quick and heavy dose of nutrients to the lawn, and are more likely to wash off into local lakes. This increases algae growth in lakes and reduces oxygen levels, killing fish and other organisms. 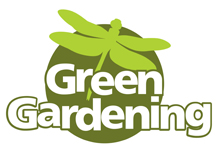 “Combination products, like the product Feed _ Weed, have been found to be over-purchased by 67 per cent and nearly 53 per cent of purchasers are not reading the product labels. Products are over-applied to the entire lawn, not merely to areas of weeds, and so are counter to pesticide reduction strategies. The mixture of fertilizer and herbicide, for example, isn’t compatible because one ingredient should be applied to the entire lawn, and one is intended for problem spots.” Source: Moncton Times _ Transcript, May 12, 2006

“Weed and feeds” are a half-baked tool that don’t work, make a lot money and put 10 to 20 times more chemicals on the lawn than are needed,” he said. Source: NB Telegraph-Journal, June 2, 2005

Skillings said product types available to homeowners are to be assessed for compatibility with IPM principles and approaches. Such products include fertilizer-herbicide combination products, insecticide-fungicide formulations, broadcast application products, and products with multiple active ingredients.

Efforts are current underway to implement a number of recommendations for these products. Fungicide-insecticide formulation recommendations suggest insect/plant pathogen linkages must be demonstrated, and the convenience of use should not be a strong enough argument for this formulation type. Skillings said their research has found that combination control products are largely incompatible with IPM principles. Source: TURF _ Recreation Magazine, Jan/Feb 2004.

Lawns that are maintained properly through regular care (i.e. feeding, aeration, watering, and mowing), should not require regular blanket spraying of pesticides, but only ‘spot treating’ of limited problem areas. We strongly recommend that “weed and feed” products not be used, since they unnecessary blanket pesticides which are generally not required. Source: Advertisement in Family Gardening, 2001
(Information adapted from email list serve by Mike Christie)